C.G. Jung was born in Kesswil, and then lived in Laufen from the age of 6 months to 4 years. His parents then moved to Bâle, where he studied. The castle and the Rhine Falls in Laufen are currently the most visited places in Switzerland. 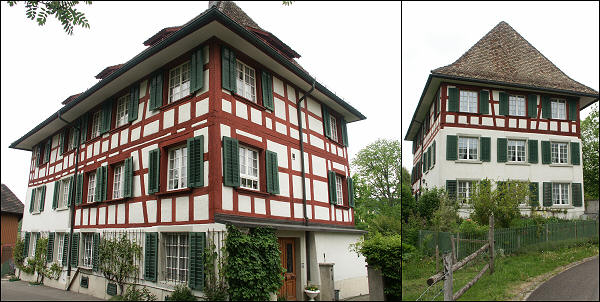 The vicarage in Laufen, seen from the protestant church. To the right : opposite facade. 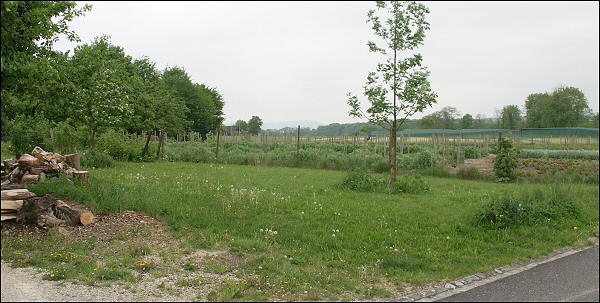 « The vicarage stood quite alone near Laufen castle, and there was a big meadow stretching back from the sexton’s farm. In the dream I was in this meadow. Suddenly I discovered a dark, rectangular, stone-lined hole in the ground. I had never seen it before. I ran foreward curiously and peered down into it. Then I saw a stone stairway leading down. Hesitantly and fearfully, I descended. At the bottom was a doorway with a round arch, closed off by a green curtain. It was a big, heavy curtain of worked stuff like brocade, and it looked very sumptuous.

Curious to see what might be hidden behind, I pushed it aside. I saw before me in the dim light a rectangular chamber about thirty feet long. The ceiling was arched and of hewn stone. The floor was laid with flagstones, and in the center a red carpet ran from the entrance to a low platform. On this platform stood a wonderfully rich golden throne. I am not certain, but perhaps a red cushion lay on the seat. It was a magnificent throne, a real king’s throne in a fairy tale. Something was standing on it which I thought at first was a tree trunk twelve to fifteen feet high and about one and a half to two feet thick. It was a huge thing, reaching almost to the ceiling. But it was of a curious composition : it was made of skin and naked flesh, and on top there was something like a rounded head with no face and no hair. On the very top of the head was a single eye, gazing motionlessly upward.

It was fairly light in the room, although there were no windows and no apparent source of light. Above the head, however, was an aura of brightness. The thing did not move, yet I had the feeling that it might at any moment crawl off the throne like a worm and creep toward me. I was paralyzed with terror. At that moment I heard from outside and above my mother’s voice. She called out : « Yes, just look at him. That is the man-eater ! » That intensified my terror still more, and I awoke sweating and scared to death. For many nights afterwards I was afraid to go to sleep, because I feared I might have another dream like that. »

The protestant church and the vicarage 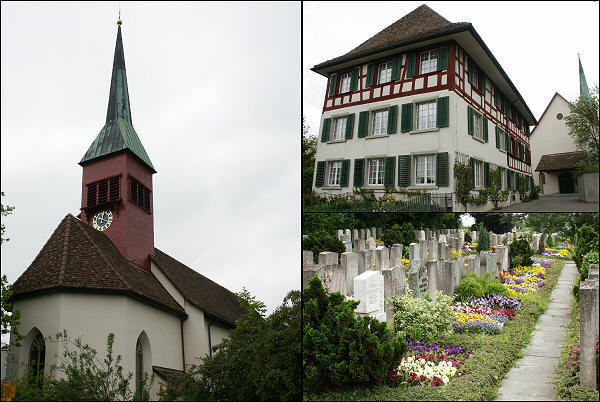 The cemetery adjoins the protestant church of Laufen. On the top right : the vicarage and the entrance to the church. 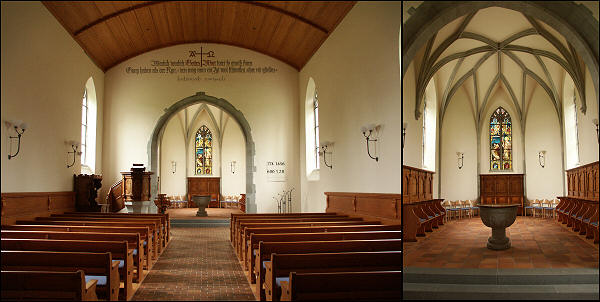 The protestant church on the inside, the nave. 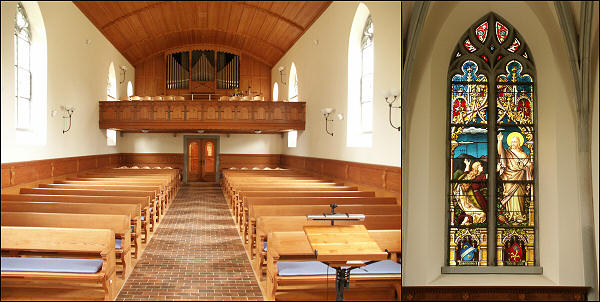 The church seen from the altar, the organ. To the right : a detail of the most prominent stained-glass window. 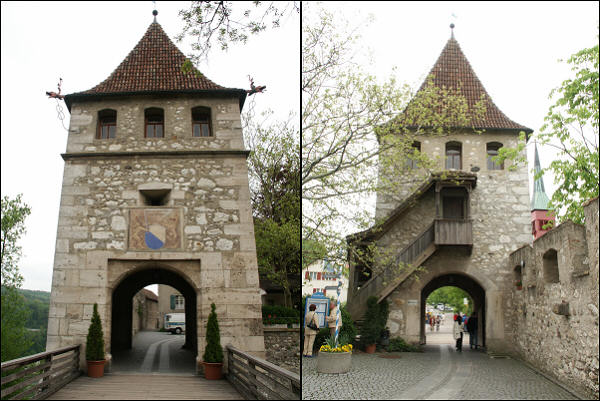 On the left : the entrance to Laufen Castle. On the right : view from the inner court with the church in the background. 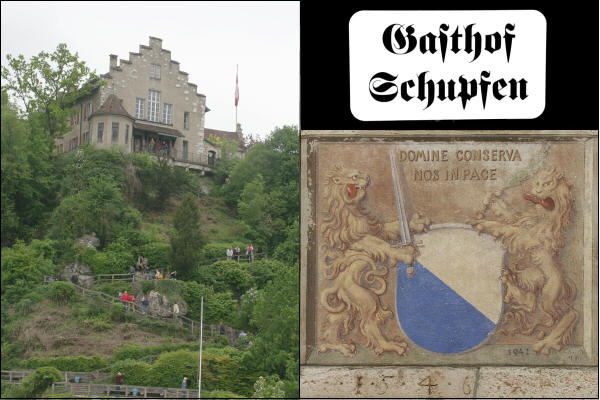 The staircase that leads to the Rhine Falls. On the right : the slogan shown above the entrance porch.

The Rhine Falls in Laufen

The Rhine, seen from the lookout point in Laufen Castle.
On the right : Wörth Castle, situated on the other river bank, in Neuhausen. 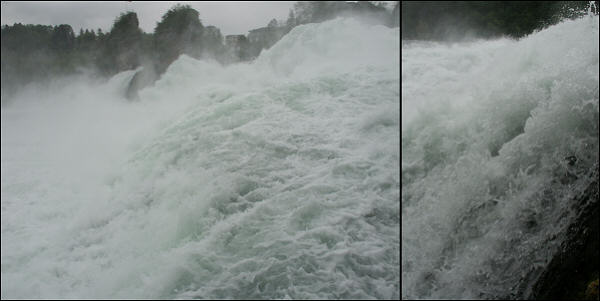 Characteristics of the Rhine Falls, indicated on the website :