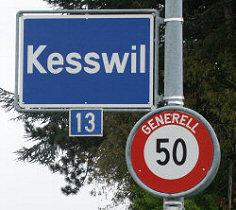 This small village of nearly 1000 inhabitants is situated on the banks of Lake Constance (Bodensee), in the canton of Thurgau in Switzerland. Highway 13 runs through it.

A memorial plaque was placed on the facade of the vicarage, where C.G. Jung was born (see photo below : the plaque is situated at the bottom, to the right of the structure). 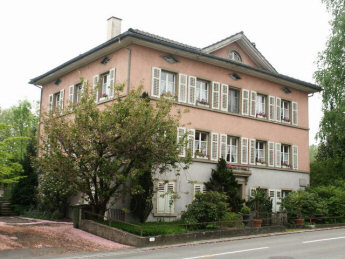 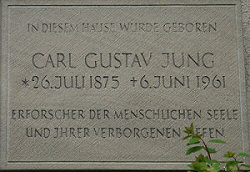 In this house was born Carl Gustav Jung, defined as :
« explorer of the human soul and its hidden depths ».

Typical houses in Kesswil, with town hall (above).

A street was named after C.G. Jung : it’s a dead-end street that runs alongside the rail tracks and serves a new neighborhood. 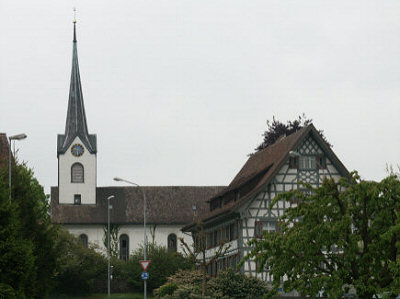 In the foreground is the town hall, and in the background the reformed church of Kesswil where Paul Jung, C.G. Jung’s father, officiated as a pastor. 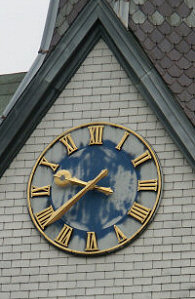 The clock on the church tower. 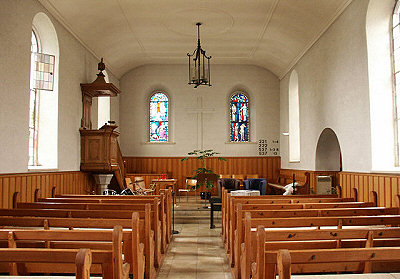 The interior of the protestant church of Kesswil. According to the information found outside of the building the church was built in 1429 and renovated in 1956. 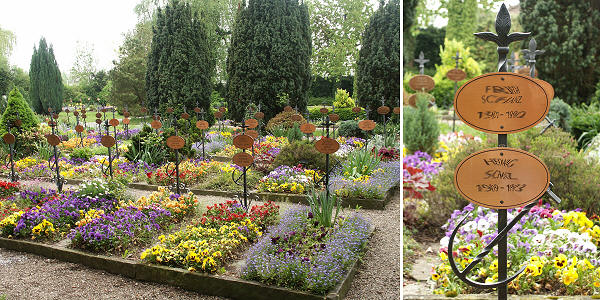 The cemetery is situated at the entrance of the town centre. It is covered in flowers, as is typical for a fishing village (close to Lake Constance).

Click here to see the map or satellite view from Google maps.