Küsnacht is located at about 10 km from Zurich, on the left bank of the lake.

The main places linked to C.G. Jung and his successors : 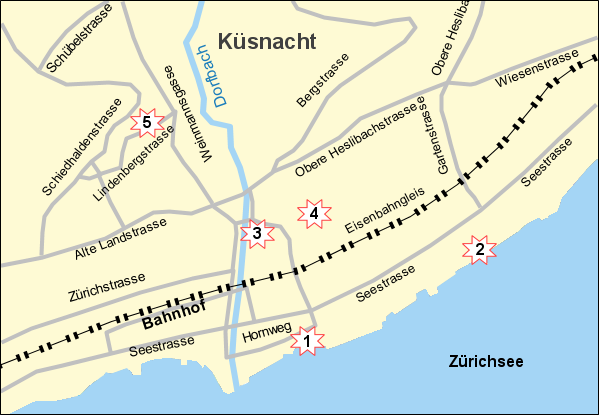 Click here to see the map or satellite view from Google maps.

To learn more about Küsnacht, please consult the official website www.kuesnacht.ch (in German). 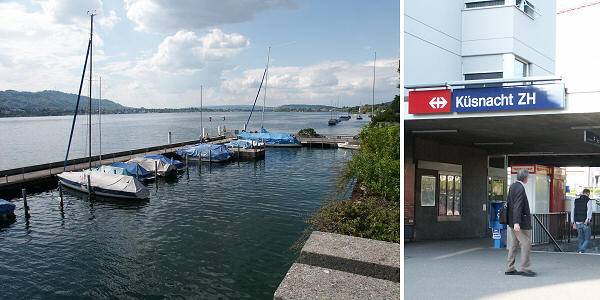 On the left : the lake at Küsnacht, with Zurich at the back. On the right : the train station. 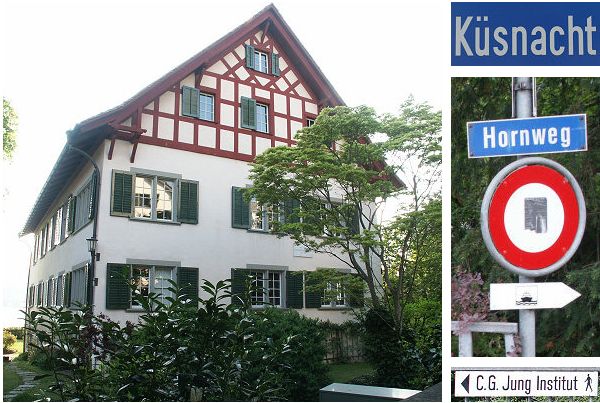 View of the institute from the lake. 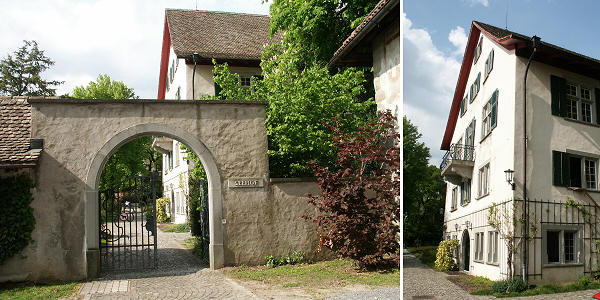 A memorial plaque on the facade of the building indicates that the writer Conrad Ferdinand Meyer lived in this house from 1868 to 1872. 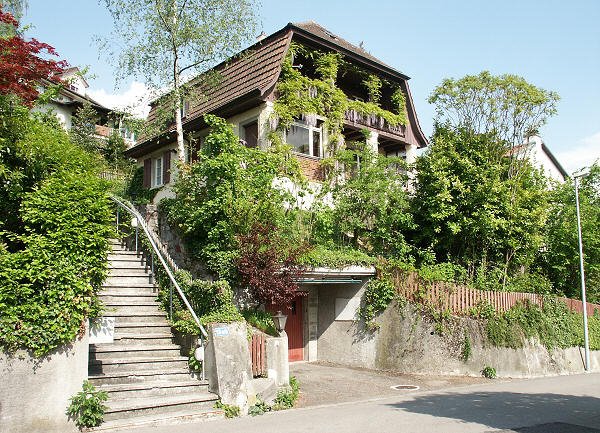 It is located at Lindenbergstrasse 15, in Küsnacht. 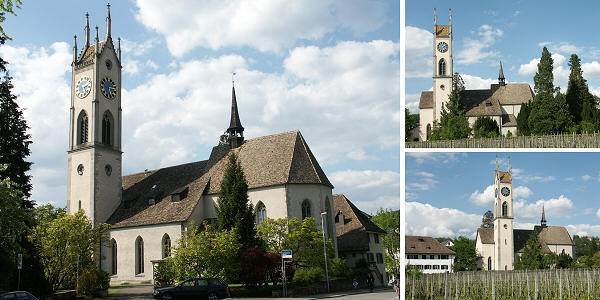 The protestant church on the outside, with a parcel of vines on the foreground (photos on the right). 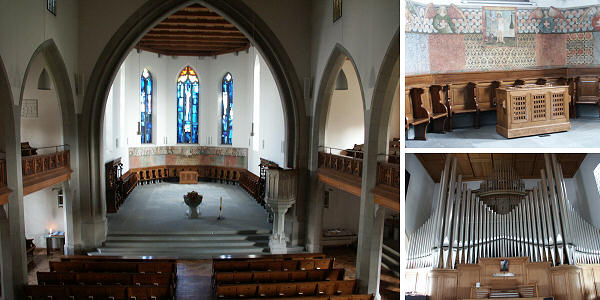 The protestant church on the inside. The organ is situated in the top part, at the other end of the nave.

The graves of C.G. Jung, Barbara Hannah, Marie-Louise von Franz and other members of their family are located in the cemetery in Küsnacht. 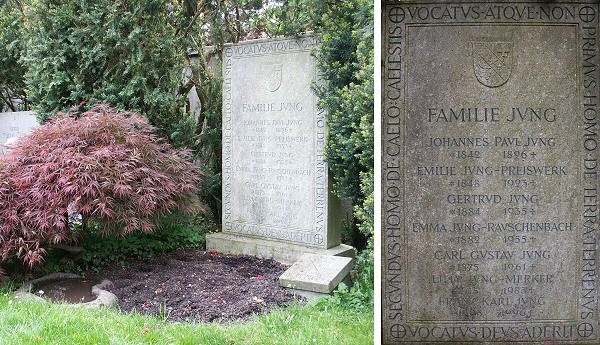 An inscription in Latin surrounds the headstone of C.G. Jung’s family grave : 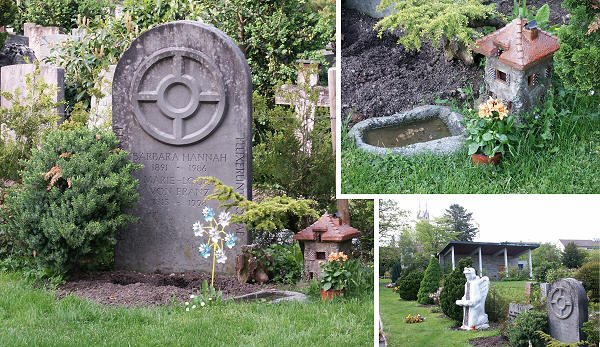