Snow White – The legacy of a narcissistic parent (part 2/4)

As long as we don’t know our own shadow, we cannot recognize it in others, and we cannot protect ourselves from their cruelty. We will keep inviting people into our life who will trigger us into damaging ourselves until we have learned this valuable lesson. Long after we have cut contact with our narcissistic caregiver, their venom continues to poison our innermost thoughts and ideas, fueling our inner critic. 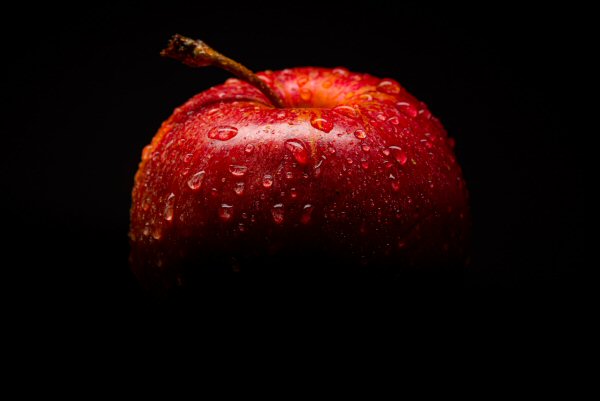 Children who grow up with a narcissistic primary caregiver do not receive the adequate mirroring they need to develop a healthy sense of self. In addition, the child is expected to mirror his or her caregiver, resulting in a complete role reversal and ultimately leading to a fundamental sense of shame and lack of self-worth (see previous article Mirror mirror on the wall – The legacy of a narcissistic parent, part 1/4).

In Grimm’s fairy tale the queen is envious of her stepdaughter Snow White who has taken her place as the most beautiful woman in the whole land. As she is severely narcissistic, the queen cannot bear that she is no longer fairest of them all, and she sends out a huntsman to kill Snow White and bring back her liver and lungs as proof that she is dead.

On a symbolic level the queen wants to take (ingest) Snow White’s breath of life (her lungs) and her young feminine soul (in many ancient traditions the liver is seen as the seat of the soul).

Snow White’s spirit is saved by the huntsman.

Snow White pleads for her life. The huntsman takes pity on her and leaves her in the forest, taking the liver and lungs of a bear (symbol of the Great Mother goddess, the principle of nature) to give to the queen.

A hunter is in contact with nature and knows the way in the dark woods. He has a connection to the hidden, the mysterious and the irrational. Dariane Pictet interprets Snow White’s huntsman as the part of ourselves that is able to repair situations in which we find ourselves lost.

The huntsman shows us that it is possible to heal from a narcissistic upbringing. He preserves Snow White’s spirit from Death. Her spirit can now go hide and recover in the forest or maternal unconscious.

Snow White’s time spent in isolation in the forest is thought to correspond to the period of introversion that is often seen in analysis : a time of regathering oneself, of reconnecting. In the forest she lives in the Great Mother unconscious, the realm of primal hidden instincts, often symbolized by helpful animals. This space can keep her alive, but it is cut off from outer sustaining experiences of kinship.

The forest is a containing space full of generative powers where Snow White can start growing and maturing and find out what is natural and spontaneous in her. She is forced to rely on her instincts and live in the here and now. In this safe place she can finally begin to feel and hear herself, without the distraction and noise of her stepmother’s envious attacks.

She is not totally alone there but is taken in by the seven dwarfs, who lovingly appreciate the cleaning, cooking and organizational tasks she does for herself and for them. In their house she learns to nurture the parts of her that are working on an elemental level. She learns to take care of herself, take responsibility for herself, and she develops a sense of balance between self-care and care for others.

This is very important as children raised by a narcissistic primary caregiver learn very early on that their own needs and wants are not important. Only those of the narcissist matter and they have to cater to them unconditionally in order to avoid their rage, criticism, rejection and abandonment.

The seven dwarfs as masculine principle

As a symbol the seven dwarfs can be understood in two ways. They have an instinctual connection with nature, as they know how to mine the Earth and extract its riches. They also represent a diminutive version of the Father, or of the animus which often comes in plural. Her time with the dwarfs is thought to correspond to the integration of the split and unintegrated masculine principle in herself.

Dariane Pictet concludes that Snow White learns how to take responsibility for herself in the forest of great psychic depth.

The importance of knowing our own shadow

Of course, the fairy tale, which can be interpreted as an unconscious psychic process, cannot stop there. The queen, who is also a witch, learns from her magic mirror that Snow White is still alive, and so she sets out to kill her once and for all. Three times she comes to the house of the seven dwarfs and tries to trick Snow White. The number three in fairy tales often represents the many repetitions of a pattern we need to go through before we are finally ready for transformation.

Although the dwarfs have warned her repeatedly not to let anyone in, especially not her murderous stepmother, she is incapable of recognizing the disguised witch and is completely vulnerable to being hurt by her each time. The reason she doesn’t have the instinct to detect danger is because she doesn’t know her own dark side.

As long as we don’t know our own shadow, we cannot recognize it in others, and we cannot protect ourselves from their cruelty. We will keep inviting people into our life who will trigger us into damaging ourselves until we have learned this valuable lesson.

The first time the witch presents herself, she is disguised as a merchant with a corset to try on. Snow White is seduced by its beauty, but as the queen laces her up too tightly, she loses conscience and faints.

In this second attack on the lungs (the huntsman was supposed to take her lungs and liver) the queen is effectively stopping the lungs from doing their work : the all-important exchange between vital oxygen (from incoming air) that enters the blood and toxic carbon dioxide (a waste gas from our metabolism) that leaves the blood.

Symbolically the lungs thus refer to the ability of knowing what to take in (from life and people) and what to reject or defend against.

Narcissistic parenting prevents us from learning to make this distinction. The healing solution is to cut ourselves off from the toxic environment we are in so that we can discover the vital energy that can connect us to our own inner authority. To a certain extent the dwarfs play this role as they are the ones who save Snow White when they come home by loosening the laces of the corset.

The second time the disguised queen presents Snow White with a beautiful golden comb. As Snow White still hasn’t learnt to recognize evil, she lets the witch in and accepts the present. When the witch combs her hair with the poisoned comb, Snow White succumbs again.

According to Dariane Pictet hair represents ideas, connected to the head or our spirit. A comb smooths tangled and confused ideas, organises them, and brings order. Having somebody comb your hair is a recurring symbol in folktales, mythology and film. It is an intimate experience and we must therefore choose wisely who we give access to our innermost ideas, dreams and creative imagination.

Here the narcissistic queen accesses Snow White’s innermost thoughts and combs poisonous elements into them. These toxic ideas might show up as self-deprecating judgments, negative projections resulting in a stream of harsh self-criticism. We feel as though we don’t deserve better and we continue to suffer abuse from our own inner critic.

Long after we have broken off contact with our narcissistic caregiver, their venomous comb continues to poison our innermost thoughts and ideas, especially those about ourselves.

Luckily the dwarfs, who also represent our deep instinctual nature, come home, take the comb out of Snow White’s hair, and save her again. The solution is simple yet hard to implement : we must forego our fascination with appearances (how things look and what people think of us) and connect on a deeper level with our inner experience (which is what truly matters). We must stop the self-criticism.

The queen knocks on the door a third and last time, this time disguised as a farmer’s wife and she presents Snow White with a beautiful apple. Although Snow White is somewhat hesitant, she eventually takes a bite of the poisoned apple and subsequently falls into a deep coma. As the dwarfs are unable to wake her, they put her in a glass coffin in the forest.

The comatose state of Snow White is interpreted as a dissociation, a numbing and cutting off of her feelings and even her body.

Children who are consistently given the message that they are nothing and they will never amount to anything (even if it is never said in actual words, but is understood through their caregiver’s gaze and attitude) may try to cope by exercising severe self-control, at the cost of any warm or authentic feeling.

Their innermost self is asleep in a glass coffin, poisoned by the apple of parental jealousy.

The witch’s poison in the apple and comb can be understood as an expression of the negative mother complex or even Death Mother.

When you realize that the most important person in your life, the one person who is supposed to love you and care for you, the person for whom you would do anything, envies you, wishes you were different, persecutes you, all hope is killed off. This is what happens when Death Mother’s archetypal energy runs unconsciously and unchecked.

See next article Medusa and the Death Mother – The legacy of a narcissistic parent (part 3/4) for further reading.